Faith is a Case Manager and joined the community in March 2021. As a Case Manager, Faith helps our guests set goals and locate necessary health, education, housing, and legal resources. Faith is originally from Oregon and graduated from the College of St. Benedict in Minnesota. While in college she minored in Hispanic Studies and studied for a semester in Guatemala. After college Faith spent two years in Tacna, Peru with the Jesuit Volunteer Corps. While there she worked with teen mothers offering self confidence, attachment, and early childhood stimulation classes. She also taught English in an elementary school. She is excited to support and accompany the Central American immigrant community in Oakland.

Bob is a member of the fundraising committee. He helped found the third incarnation of the Oakland Catholic Worker in early 1987, and recently served as its interim director..  Bob has the good fortune to be married to Lynn Lassalle-Klein, and they consider themselves lucky to be the parents of Kate, Rose, and Peter.  Bob is professor of Religious Studies at Holy Names University and recently published Blood and Ink: Ignacio Ellacuría, Jon Sobrino, and the Jesuit Martyrs of the University of Central America (Orbis 2014). Current projects include The Spiritual Writings of Jon Sobrino, S.J., (Orbis) and Jesus the Immigrant: Contextual Christology and the Signs of the Times, based on what he has learned from 30 years with Latin American migrants in and around the OCW!

Ray joined us in late 2018 and is the chair of our board. He retired from McKeany-Flavell Co., Inc. on December 31, 2015 (where he worked for 37 years, 17 of them as president/CEO). Ray got his MBA from Golden Gate University. Ray has an MBA from Golden Gate University and a BA in economics from the University of Southern California (which he attended on a football scholarship). He is a proud graduate ofSt Ignatius College Prep of San Francisco.  Ray also volunteers with the Alameda Food Bank.  Ray is a proud family man with his wife, Annie, 5 children (4 of whom are married) and 6 grandchildren. He is an avid fan of the Warriors, Giants, and 49ers.

Lynn (re)joined the Worker in 2017 and is the board treasurer. A native New Yorker, Lynn has a B.A. in sociology from St. John's University, NY and an M.A. in theology and spirituality from the Graduate Theological Union, Berkeley (where she and Bob met).  Lynn was on staff in the late 1980s/early 1990s and among her proudest achievements is raising the money to purchase the building at 4848 International Boulevard.  After that she took a 30-year hiatus (named Kate, Rose, and Peter).  She retired from technical writing with Cisco Systems in 2017. She enjoys spending time with the family, gardening, swimming, walking their dog Oliver, reading ... and sleeping late! 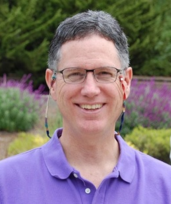 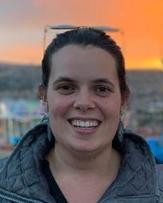 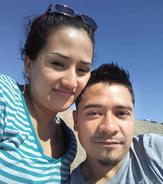 Board (Circle of Friends) 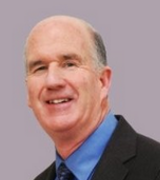 Steve Mullin joined the Circle in 2020. Steve is Director for Mission Advancement at Cristo Rey de la Salle High School. As the former Chief Development Officer for Catholic Charities of the East Bay, along with over 20 years of experience as an administrator and pastoral minister in local parishes with Catholic schools, Steve is familiar with the philanthropic landscape of the East Bay.  Steve and his wife Robin live in Alameda and have 4 adult children and 3 grandchildren. 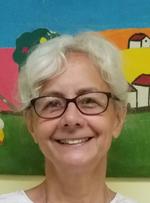 Anne Carrabino is the Interim Executive Director of the Oakland Catholic Worker. She is also the Executive Director and Founder of Invision Institute, a social invocation incubator which offers trauma-sensitive trainings and organizational development resources to youth and community development programs, faith-based groups, and school systems. Anne has over 25 years’ experience working with community change/advocacy initiatives in the United States and internationally.  She is a member of the Sisters of Social Service, a women’s religious community committed to social justice. She is a graduate of UC Berkeley and has an MPA from Harvard’s Kennedy School of Government in Urban Community and International Development.  In her free time, she loves to write, watch sports, go for walks at the beach, be with friends, and play the flute. 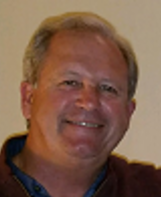 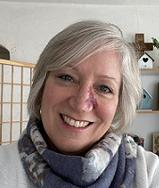 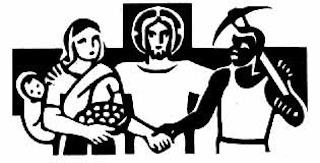 Staff and Board Members

Barbara Nixon, SNJM is a native Oaklander who has been an elementary school educator, administrator, and parish pastoral minister throughout the state California. Her work in justice education and activism has brought her to Mexico, Guatemala, and El Salvador.  As part of her SNJM community’s work to end human trafficking, she speaks to high school and university students, parish groups of various denominations, and organizations that work with women and girls – and hotel managers and personnel, teaching them how to identify the signs of human trafficking. Barbara is currently a pastoral minister at St. Anne Church in Byron, CA, where she is also the Faith Formation Director for grades 1-12. 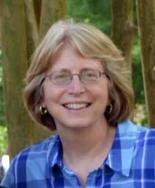 Katie is the board secretary. She is the College Advisor for Achieve, a four-year high school scholarship and academic enrichment program serving low-income, first-generation students in the San Francisco Bay Area. She met her husband José Luis in 1989 when she was a staff member at the Oakland Catholic Worker. Together, they have raised four children and they have one grandson. Katie enjoys kayaking at Pinecrest Lake, body surfing at Stinson Beach, going on walks with her dogs, watching the sunset from the Oakland and Berkeley Hills, playing volleyball with her students and colleagues, and playing competitive games like charades and Bananagrams.

Leidi and Genry are both natives of Guatemala. They joined our community in April 2020. Leidi is a Case Manager and helps our guests set goals and locate necessary health, education, housing, and legal resources. Together Leidi and Genry serve as house managers for the building on International Boulevard. In Guatemala, Leidi worked as a nursing assistant in indigenous communities, promoting public health and disease prevention and treatment. Genry worked as an environmental sanitation inspector in the indigenous communities of Huehuetenango, Guatemala. They are happy to serve the Central American migrant community in the San Francisco Bay area.